I suppose this is an excellent example of parataxis; it is also a curtailed, or “curtal” sonnet; where did the missing lines go? One senses a volta at line 7, since it begins a new sentence and moves from list to generalization: all, whatever. The basic formula is $6+4 \frac{1}{2}$.

Now this is a “caudate” or “tailed” sonnet. It has three “codas” marked by the last three tailed couplets. I’m tempted to loop the far-indented half-lines in with their predecessors to preserve the idea that this is a 14-line sonnet with 6 lines added.

There are doubtless many words to be looked up—“shivelight”—a sliver of light (OED). This seems to be a hapax legomenon, a word only used once in the English language, by this poet. “Shive” is related to “sheave.” The nice thing about this word is it denotes chaff, fluff, flax, hemp, paper—and thus is more acutely adjacent to burning. “Roisterer” is the standard spelling of the word he uses—a reveller. Other unique words are largely hyphenations or portmanteaus of words that are otherwise fairly common.

Here are some notes on his metrical markings, which are not included in the book: 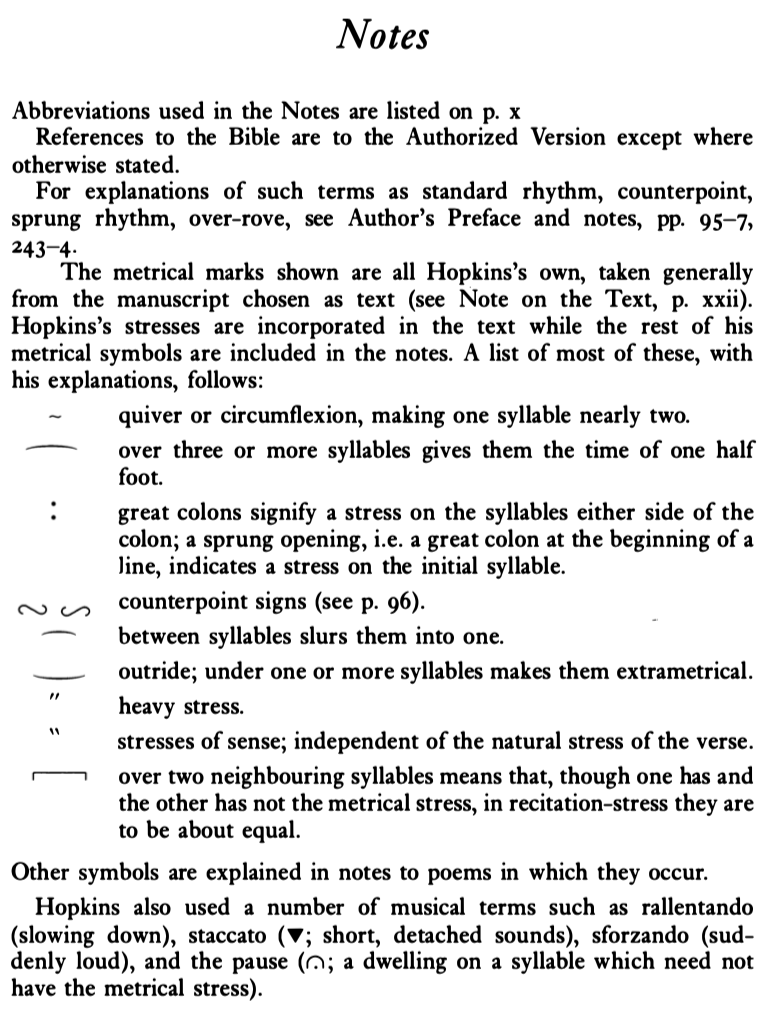 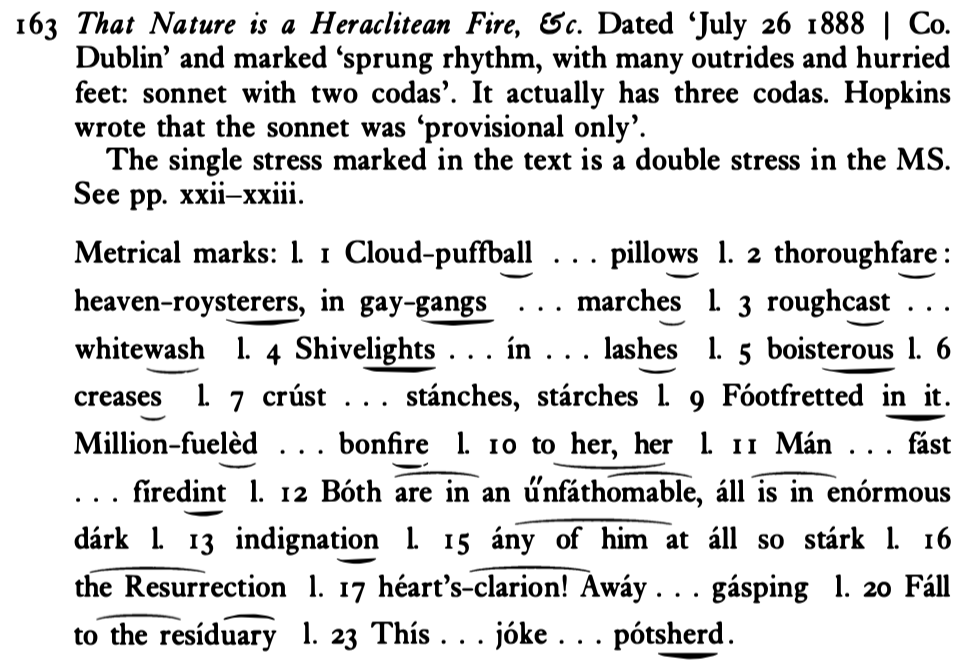 It’s striking how musical this notation is. Here are some other suggested poems: